Although I'm much tired, I don't want to take a rest, a real rest, like sleeping. I don't want to lose time for that. It's a fact I slept today only 4-5 hours and I feel exhausted. I have no idea why, to be honest with you. Obviously, you may say 4-5 is just not much enough, but I've been doing so by months and it wasn't THAT bad. Also, in the previous school year, I've been spending much less time for sleeping and it wasn't so bad. Maybe it's just change in the weather? Or could it be caused by medicines I need to take? I don't know. I'm actually pretty scared of taking my pill every next day - 4 days in a row it stuck in the esophagus. There is something not alright.
You might as well skip this entry.

Today I want to mention about "Robot Carnival", an anthology anime movie I watched on Saturday. It consists 9 short movies of different directors. They are all connected with robots.
I would say that every of them has a message for us. Some of them seems to be simply, others are really serious. I sorted in points all of them (I don't want to spoil, so my descriptions are very short):

1. Opening: Directed by Atsuko Fukushima and Katsuhiro Otomo
People living on the desert and their village they were able to built there. It shows an actual Robot Carnival treating these villagers.
2. Franken's Gears: Directed by Koji Morimoto
A mad professor who is giving a life to a Robot (it all looks like a famous scene with Frankenstein, a monster).
3. Deprive: Directed by Hidetoshi Omori
A Hero rescuing a girl, but also an entire universe, I guess.
4. Presence: Directed by Yasuomi Umetsu
A certain person constructing doll which soon begins to become like a real real human (it's in my opinion the hardest film out there).
5. Star Light Angel: Directed by Hiroyuki Kitazume
Well... Shoujo story presenting teenage girls and their relations with boys, I might say.
6. Cloud: Directed by Mao Lamdo
It shows a Robot walking through the time - the background is changing all the time.
7. A Tale of Two Robots -- Chapter 3: Foreign Invasion: Directed by Hiroyuki Kitakubo
A battle between 2 gigantic robots - conducted by a bunch of kids and on the second side - a crazy professor convinced of his genius. He invades the city and already mentioned kids are fighting with him.
8. Nightmare (a.k.a. Chicken Man and Red Neck in Tokyo): Directed by Takashi Nakamura
A collapse of the city at the night. Robots completely destroyed it and are everywhere. Only a one drunken person was conscious and fast enough to run.
9. Ending: Directed by Atsuko Fukushima and Katsuhiro Otomo
Disintegration of Robot Carnival.

Epilogue - Years later a man discovers an orb among the remains and brings it back to his family. It is a music box featuring a miniature robot ballerina.

As I mentioned already, I tried to describe all of these stories in a way you don't realize endings. I can only recommend you to just watch it. It is worth to do. This movie is definitely something different among others. May I say it is ambitious? Yes, it is. I don't think casual, commercialized watchers could enjoy it. And that is the point. Well, it's all up to you and what you expect.


What is the reason that I reached for this movie? Joe Hisaishi! No kidding.
So what I need to mention about yet is obviously the original soundtrack, composed by no one else than him. Why I took this movie among others Hisaishi made a music for? Somebody mentioned it is similar to Chrono Trigger's... I was really surprised, but also interested if that could really be the truth. Is it? Honestly, only one track is familiar with one of Mitsuda's composition. What I must mention is the fact that the whole score wasn't created only by Hisaishi, but also two other composers - Isaku Fujita and Masahisa Takeichi.
Generally, we can hear the electronic music. It is not a surprise if you take a look at the the year of release this production and bear in mind that at the beginning of the career, Hisaishi was combining his compositions mainly with this "genre". It is ok, but not superb for me. 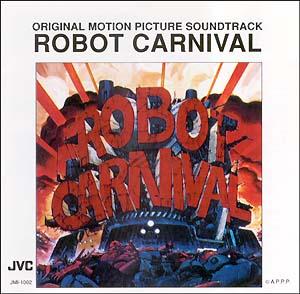 
P.S My style of writing might have been worsened, because while making this post I was angry. I already have written the whole text, but... Because of something I needed to rewrite it. It surely is not that "good" as the original and I can't help that. Sorry.
I'm also going to write about "Kikujiro no Natsu" soon, an another masterpiece of Takeshi Kitano with the music composed by Joe Hisaishi... It is a very important point of my life as a film fan.
Posted by batatshi at 18:23