I decided to watch an another Japanese drama series.
I wanted to check out "Beach Boys" for a long time actually, because of Takashi Sorimachi (GTO) playing one of the main role, but it's just a week ago I found it to download in appropriate quality.
Obviously, I wasn't really sure what to expect. The title sound like a gay adventure or so. Or boys spreading around and looking for girls on the beach. This drama is nothing like that. I would it is family-friendly.
In general, the story tells as about a friendship of 2 guys, being employees at Minshuku (kind of a motel, I guess) called "Diamond Head". The summer adventure is about to start, but...how long will it take?
I definitely wanted it to be comic and after the first episode I wasn't disappointed at this point. Sorimachi played really similar as in GTO. Kind of similar characters, actually.
About what I was disappointed though, is that his drama wasn't comedy to the end of it.
Also, first few episodes were awesome, few next ones... Not THAT much - still, very nice.

I really, really love these OSTs of Japanese Dramas. I always enjoy listening to them. Also, seems that the older series have more interesting ones (Hitotsu Yane no Shita, 101st Marriage Proposal or just Beach Boys - I enjoyed listening them much more than Ryusei no Kizuna or Triangle).
At this moment I can't find the second one anywhere, but I'll keep trying. Yes, that dramas has got 2 soundtrack! Awesome, isn't it?
Yet, the fact is that special "episode" (its length is 2 hours, huh) is still before me. Looking forward to watch it soon. The opening theme ("Forever" by Takashi Sorimachi and Richie Sambora) is great, too. Simply, catchy jPop. 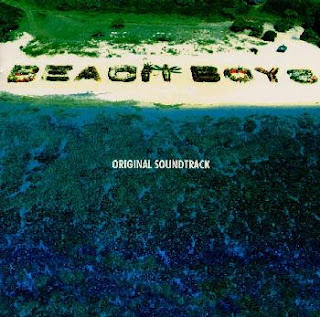